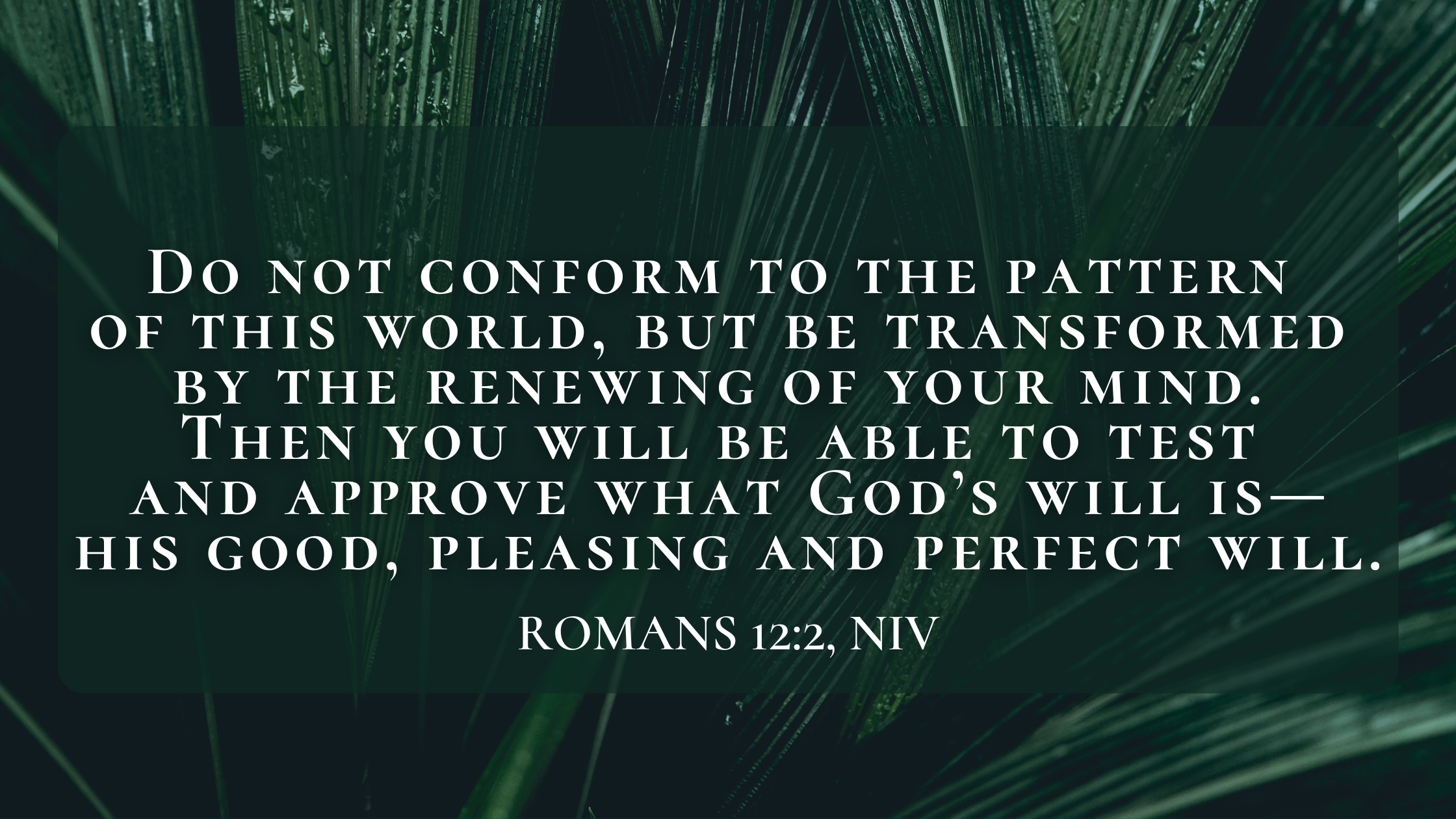 “He had cried before but never like this. This was pure undiluted sobbing. Weeping as if from  his very soul, a purging of something very deep inside as if there was a massive ache that  was consuming his whole being desperate to escape via this river of tears. And yet within  this attempt at freedom, to be released from such excruciating pain, Theo strangely felt  nothing. It was like he was being held captive by some inner demon intent on his demise. Before, when the tears had flowed, it had been therapeutic, cathartic and although leaving  him utterly drained would somehow serve a purpose, but this, this was having no such  apparent end game.”

“We all get down sometimes. Pull yourself together. Have a positive mindset. Be grateful for  what you have. You’ve got it so much better than others”…

Anyone who battles depression or acute anxiety knows the truth. If it was as easy as just  putting on a smile and skipping off into the sunset then we would be there already, and for  goodness sake if you only knew how much I give thanks for all I have.

Depression is as unstable and as unpredictable as a dormant volcano. It strikes with no  rhyme or reason and like the lava that destroys everything in its path, depression also  consumes.

The National Institute of Mental Health (NIMH) estimates that 1 in 5 people will struggle  with mental illness of one form or another, meaning that unless you live alone in a cabin on  a mountaintop you will be into contact with someone who is affected.

You are not alone. Winston Churchill, Bruce Springsteen, Anne Hathaway, JK Rowling,  Dwayne Johnson are just a few names on a very long list of prominent public figures who  have admitted to their personal battles. The point being, depression does not discriminate  and nobody, but nobody is immune.

Depression is never anyone’s fault. You don’t wake up one morning and say, “today I think  I’ll be depressed” but when it does bite you it’s devastating.

It is said that authors often reveal themselves between the lines they write. No such hidden  characterisation in Run the Valley, for my heart is very much worn on the page here as my  own struggle with depression takes centre stage.

TJ is a fictional character but his fight, his feelings his thoughts are I guess, autobiographical  shining a little pinprick of light into what can be a very dark environment as his struggles  mirror my own experiences. Although the setting and backdrop do not reflect my own  privileged lifestyle, (artistic licence takes a front row seat), the narrative certainly does.

This book touches on the story of a central character who has had sadness and grief in his  young life, but actually lives in a nice neighbourhood, has a loving family, loyal friends and  attends a good school. He’s not an academic over achiever, but neither is he dim and  although an intricate part of the football team, he is never going to set the sporting world

on fire. Theo is a classic everyday “hero”, someone who is just a “normal” (whatever that  word really means) likeable guy, the sort of person who just gets on with life, who is never  really noticed. In other words, Theo is what most of us are, an “average joe”. Theo is not suicidal. He doesn’t struggle with bipolar disorder or harbour thoughts of self harm. His struggles with his mental health are not extreme in any sense but rather like his  own personality, his depression could also be characterised as “average”. Herein lays the  danger, to dismiss his struggles because they are not dramatic or even life threatening when  in actual fact it can be a suffocating beast, debilitating monster, and crippling disability.

Sometimes life just weighs us down and there may not be any particular life altering  cataclysmic event that sends us down that rabbit hole, but the struggle pain and despair is  still suffocating, and all too real.

We are told that this is a more enlightened world when it comes to mental health, but my  own experiences have still found ignorant thinking and attitudes. Mental health is thankfully  talked about in today’s world in a way it never has been before and yet it can still be a taboo  subject and can even elicit shame on the part of those who often struggle in silence. It is not  always as easy as being “grateful” for what you have or just being “positive”, but the world  at large does not always get that.

Sadly, depression and mental health issues are on the increase. Maybe it’s just that we are  more comfortable talking about it, maybe the stresses of life are notching up a gear, but it is  an epidemic that we must address. It is estimated that 10% of the world’s population will  personally face mental health issues of one kind or another, and 1 in 6 people report  experiencing a mental health problem in any given week. Remember though, these figures  are based on those who are prepared to admit it, so in actuality the number is far greater.  And it’s not always obvious. With those stats in mind, walk into a room with half a dozen  people and the chances are at least one of them will be struggling with their mental health,  but you may not realise. Why? Because they are probably the ones working hardest to tell a  joke or deflect questions about themselves. Anything rather than expose their “shameful”  darkness and then risk the reaction and fallout. I once sat my friends down to try and  explain I was struggling with depression and one reaction was shocking to say the least, suggesting they were worried they may “catch” it from me.

Every day you get up is a win. Every time you breathe is a reminder you are alive for a  reason. Maybe, just maybe the courage it takes to get up, to breathe, actually shows more  strength than those who pretend to have it all together. I’m not suggesting everyone else is  harbouring secret depression nor that facing your problems makes you any more special,  but I genuinely believe there is an immense bravery in admitting who you truly are, and in  truth although you may feel lonely at times, you are not alone.

Psalm 23:4 Yea, though I walk through the valley of the shadow of death,  I will fear no evil;  For You are with me; Your rod and Your staff, they comfort me.

(Check out 9 Verses for Meditation- Comfort)

Faith in the middle of the storm of depression can be hard to cling to. Where is God? Has He  abandoned me? Valid and legitimate questions. The rod mentioned here evokes back to the  familiar symbolism throughout scripture of a shepherd and his sheep. Shepherds use the  rod and staff to help them rescue a sheep that has fallen down or is struggling to get up. The  rod could therefore be thought of as an extended arm, offering rescue and way back to  green pastures. In the midst of depression, we can find comfort in knowing God is extending  His strong arm to lift us up and out of our anxieties.

Honest talk? In theory this is on the mark but in the middle of those swirling storm clouds of  depression, it’s sometimes hard to fully truly believe. And yet, it is hope and trust in Him  that keeps me believing that today is indeed the day for something better.  If we believe at all, then we believe this is the day He has made and the fact you are in it  means that He has a plan and a purpose for you.

Believe it or not He can use the way you feel to change the world. He created you. He does  not make mistakes. He loves you just as you are.

Sometimes the only focus is “when will this ever end” or “why can’t I be free” but for many  it’s about managing the struggle, recognising that it’s ok to not be ok and addressing  potential triggers.

There is plenty of help, so don’t be afraid to go out there and find it.

Even though it’s easy at times to feel otherwise, depression does not define you. You are  and will always be you.

About the Author- Tim Nash

Tim is an author, illustrator and all round creative. His experiences personally and with others who have struggled with mental health issues over the years has given him a passion to see a revolution in approach, acceptance and love of those who struggle with such challenges.